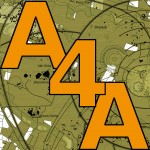 “… a new humanity uplifted into Light, capable of a spiritualised being and action, open to governance by some light of the Truth-consciousness, capable of … the beginning of a divinised life.”
Auroville, the universal township, was founded as a dedicated place for Sri Aurobindo’s great vision to take root and unfold. The steps in the chain all took place in February – The Mother’s birth, the City of Dawn’s Inauguration, and between them, the landmark event of February 29 th , 1956. It was during a meditation after The Mother’s evening class in the Ashram Playground, such as shown above, that the momentous breakthrough took place – the one she and Sri Aurobindo had anticipated and endeavoured to reach for so long. The Mother then made this announcement about the event she called “The first Supramental Descent”:

During the common meditation on Wednesday the 29th February 1956

This evening the Divine Presence, concrete and material, was there present amongst you. I had a form of living gold, bigger than the universe, and I was facing a huge and massive golden door which separated the world from the Divine. As I looked at the door, I knew and willed, in a single movement of consciousness, that ‘THE TIME HAS COME’, and lifting with both hands a mighty golden hammer I struck one blow, one single blow on the door and the door was shattered to pieces. Then the supramental Light and Force and Consciousness rushed down upon earth in an uninterrupted flow.

The Mother intended Auroville to be the physical space for “the nexus of Spirit and Matter” that Sri
Aurobindo said was essential. But vital parts of Auroville’s designated material base are still missing today, land that is essential for the harmonious fulfilment of the City of Dawn’s vision, and of its great mission.

Join us to help assure The City of Dawn’s mission & harmonious future!

Donate to secure the missing lands for Auroville!!