In her 1965 sketch of Auroville, the Mother laid down the basic concept for the city, delineating all the important activity areas that would fulfill the vision of making it a universal city. For other things she gave a free hand to Roger Anger, the French architect she had appointed to oversee the city’s physical development for creating a beautiful place where people sincerely looking towards a more harmonious future would want to live. According to Roger Anger, it was the Mother who “inspired and guided” the work:

“When I talked to Mother one day about Auroville, she said that the city already exists in a subtle level, that it is already constructed, that it is only necessary to pull it down, to make it descend on earth.”

One of the most remarkable concepts of Auroville is its master plan, laid out in form of a galaxy – a galaxy in which several ‘arms’ or Lines of Force seem to unwind from a central region.

It is these 4 sections that constitute “The City”. They are interconnected through the “Crown Road”, which is the second circular road around the Matrimandir. From the Crown, twelve roads radiate outwards. Around the City, is the Greenbelt.

Since 1968, the original eroded plateau context for Auroville’s City has become a forest, and the first simple traditional palm-leaf structures have been replaced by strikingly original architectural achievements created by a score of architects of different nationalities. All emphasize beauty, functionality, environmental harmony. Technological innovation is frequent, and noteworthy is the use of bricks made from Auroville’s red laterite earth and for innovative stable, natural forms and structures. The many gardens are lush with tropical flowers and tasteful landscaping.

The City is now the site of residences, guesthouses, open-air and closed theaters, the Sri Aurobindo Library, the newly-opened Santé (Auroville Institute for Integrative Health and medicine), the Center for Scientific Research, the Solar Kitchen, yoga and natural healing therapeutic and training centers, creative and stimulating schools for a variety of levels and approaches, and a multiplicity of crafts workshops and small-scale industries. The City hosts natural restaurants and cafés set within the greenery of the growing city. The City hosts many collaborative ventures with the local population of the village settlements, including employment and economic growth opportunities.

As a vibrant spiritual, cultural and technologically innovative hub, Auroville continues to attract and grow. The City of Dawn therefore has a great need for more residential buildings, and environmentally harmonious spaces for its on-going experimentation, construction, and creativity.

About 10% is missing from the lands designated for the Master Plan of the City Area. As we approach Auroville’s Golden Jubilee in February 2018, the “Acres for Auroville” land campaign calls on all friends and well-wishers to carry forward the momentum of the last three years for our expanded “PHASE 4” target of missing priority plots of land in the entire Master Plan area. 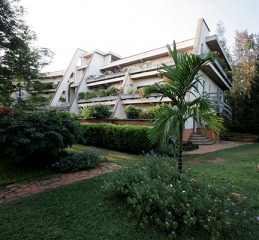 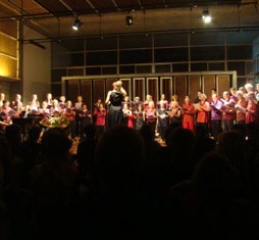 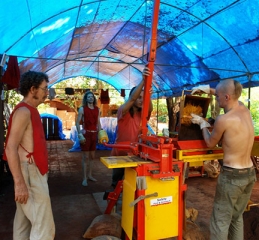 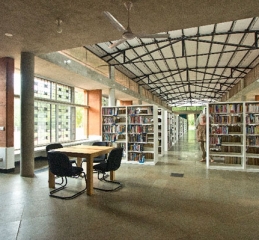 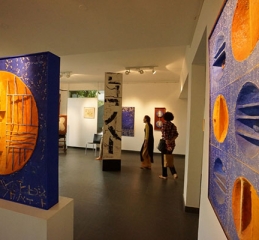 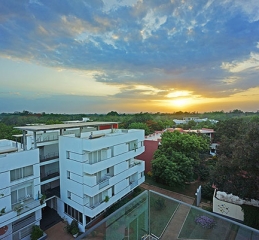 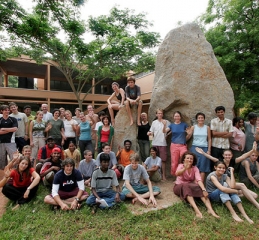 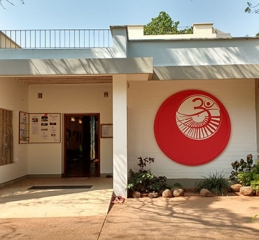 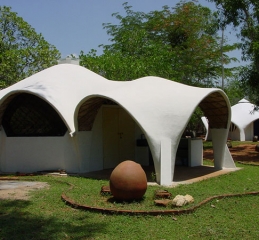 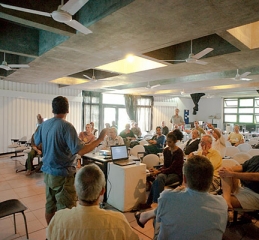 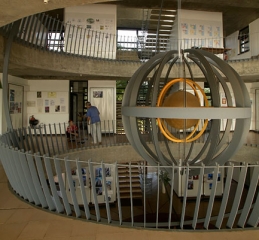 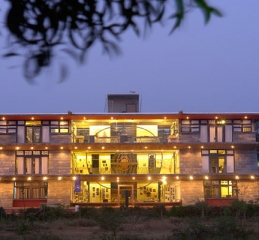