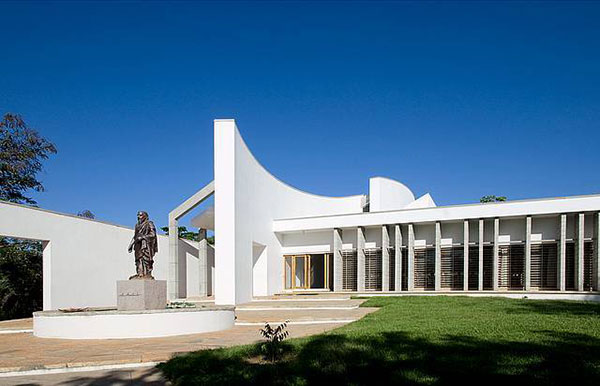 The International Zone (IZ) is one of the four zones of the City area. It is the designated site for the National Pavilions whose mission is to express the national genius, highest achievements, and soul of each country. Representing all the major cultures, these centres of research, study and creative activity are intended to be a concrete and richly expressive manifestation of the essential human unity that exists behind the diversity of nations and cultures. In the layout for the International Zone, the Pavilions are grouped into continental areas.

This zone is also the home for educational and linguistic institutions whose role is to showcase and promote human communication and pedagogy for peace, and what they can contribute to the evolution of consciousness.
The International Zone is the home of several noteworthy buildings – the Sri Aurobindo Auditorium, the Unity Pavilion, and Savitri Bhavan – and worthy homes for the many activities they conduct. The Unity Pavilion’s Hall of Peace houses Asia’s Table of Peace created by George Nakashima, a renowned Japanese-American craftsman in wood. The Savitri Bhavan is the home for research and studies on Sri Aurobindo’s epic poem, Savitri. There is also a permanent exhibition of Huta’s paintings for Savitri created under the inspiration of the Mother, and also the Home of the Mother’s Agenda. The Savitri Bhavan Hostel welcomes researchers and visiting scholars from around the world.

The USA Pavilion Group has built an International Students Hostel with its focus on innovative recycling and home for volunteers. The collective elements of infrastructure for the zone – a well, water supply, and electrity grids are being built.

Bharat Nivas, the Indian Pavilion, includes the Centre for Indian Culture, the Sri Aurobindo Auditorium, the Kala Kendra Art Exhibition Hall, and the present home of the Auroville Archives. The Pavilion of Tibetan Culture has been completed and was inaugurated in 2009 by His Holiness the Dalai Lama. The Canadian Pavilion Group has erected an Inuksuk, a large traditional Inuit stone sculpture, as a symbolic metaphor for humanity’s search towards a new consciousness. Foundation stones have been laid for the African, French, Russian, German and Italian Pavilions.

The International Zone also provides structures for institutions such as the University of Human Unity (UHU), the Auroville International Office (AVI), and SAVI (Auroville Volunteer & Internship Service). The Auroville Visitors Centre is an example of “Made in Auroville” earth brick architecture. Its Information Center (the site of first introductions to visits of the Matrimandir), its shops, bookstore, and eating areas welcome thousands of visitors every week.

There is currently a focus on a 3-year development plan for the national pavilions and the International Zone in general, with parallel initiatives from the pavilion groups of Africa, Britain, Bulgaria, Canada, China, France, Germany, Italy, Japan, Kazakhstan, Korea, Russia, Scandinavia, Spain, Switzerland and several others. Auroville International, the township’s support association with centers worldwide, serves as a link to foster this development. In February 2014, the International Zone Re-Dedication Ceremony took place and in February 2015, a tree-planting ceremony inaugurated the action for the European Plaza.The Language Laboratory-Tomatis Training Center is in construction and the new home for the Auroville Archives will soon break ground. 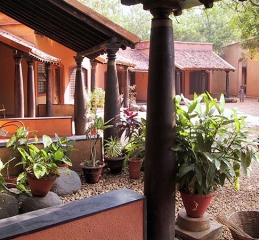 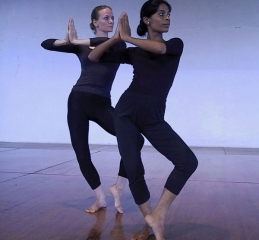 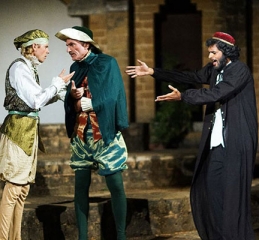 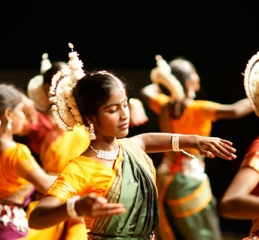 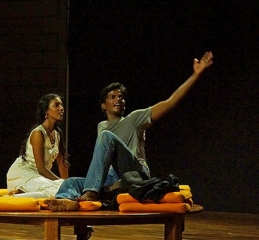 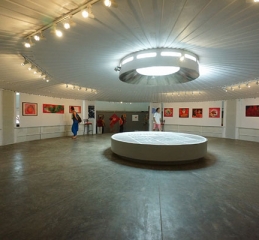 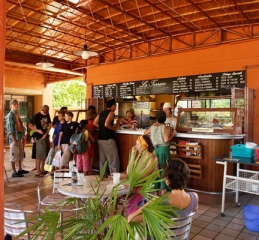 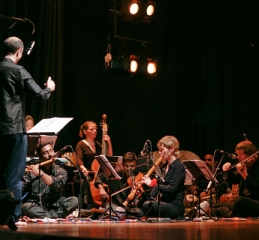 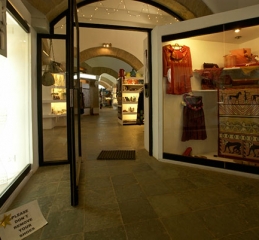 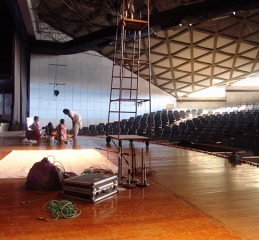 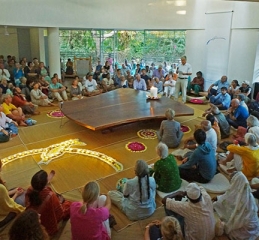 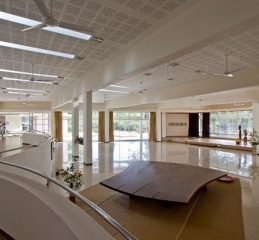